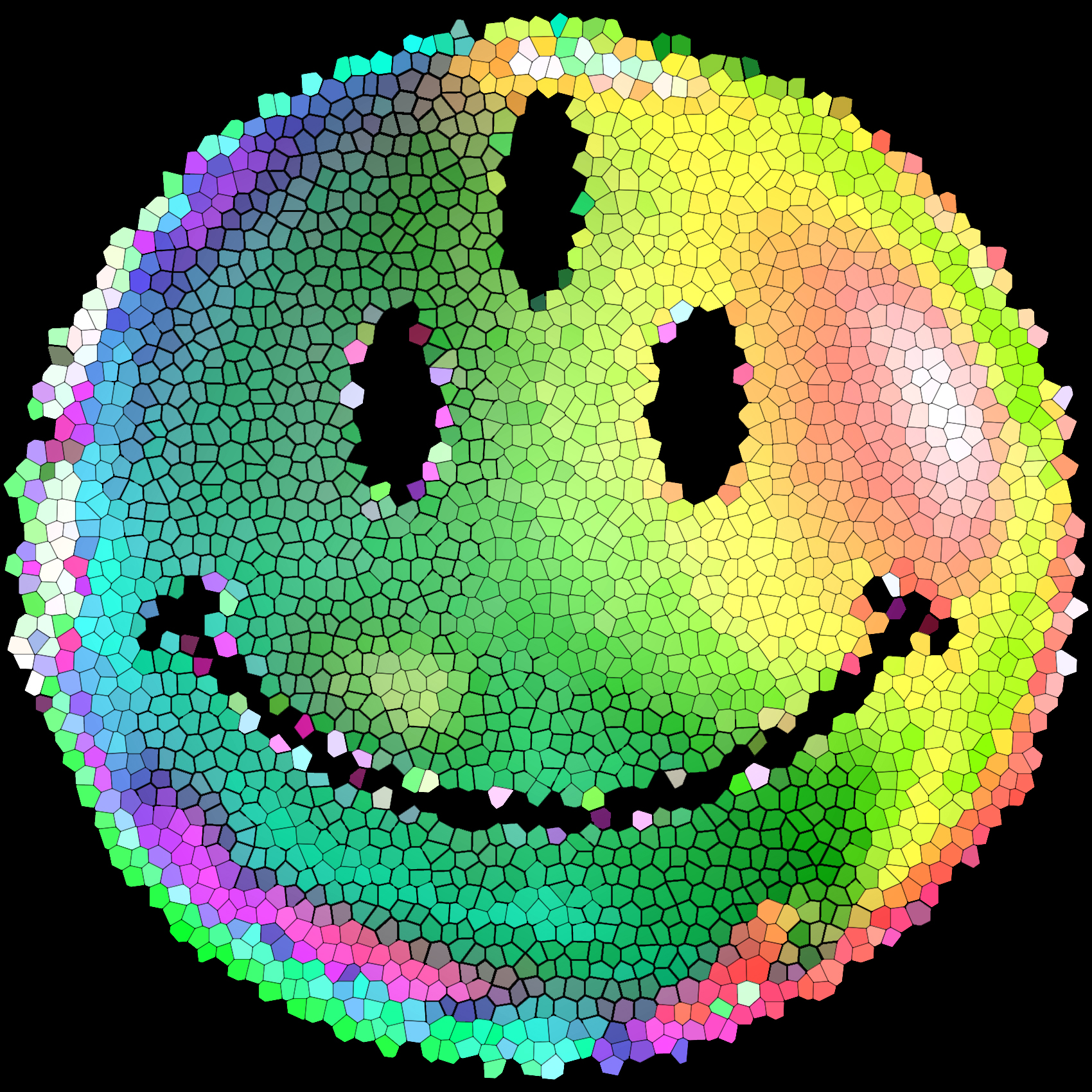 Bad Sekta is a fiercely independent, "arty/party" record label offering a wide range of excellently psychotronic music without borders - mostly for free or voluntary donation. Founded in the UK by Phuq, in 2005 (23/11). Currently based in YOU. CLICK THIS MAILCHIMP LINK to join our occasional email list. CLICK THIS LINK to follow us on Bandcamp.

"But in the enclosure of the autonomous zone its members continued to dance with joy, wallowing in pools of shit, and wearing their filthy, tattered clothes with pride. Tainted by the excremental, the free party is a space of obscenity at the exterior of the theatre of civilization, in which a sociality is constituted that can only exist in the ghetto of thought." - Dr. Hannah Lammin, "Dancing with Death: The Excremental, the Sacred and Ecstatic Community in Free Party Culture"; Datacide.

Bad Sekta facilitates art, music and video in digital and physical formats, such as CD, DVD, FLAC, MP3 and vinyl. Support Bad Sekta: if you're skint but generous, spread the word about the work of our crew.

BAD015-onward likely/perhaps includes digital and physical releases by Autificial Inelegance, Channel 23, CL369, Curse, I Saw the Devil, Phuq and others...

BAD002 will be a fundraising compilation in aid of the absolutely incredible charity Vasculitis UK. Expect mind-blowingly earth-shatteringly orgasmic and tremendously amazing independent music from all across the spectrum, involving both core artists and the extended Bad Sekta diaspora. More info here as things coalesce/submissions welcome...

BAD012 is Phuq's "Chivalry is Dead" EP - featuring several fragments of braindance, noise and wonk, "for you and Roo"! Digital release (via Bandcamp)...

BAD010 is the truly powerful "Eviction Scheme", a limited edition (123 hand-numbered copies, with stickers!), CD and digital (AAC/AIFF/ALAC/FLAC/MP3/Ogg Vorbis/WAV) album from the maestro that is Lastboss. Fourteen magnificently innovative, eclectic and rewarding tracks, produced between 2010 and 2022 and covering a vast swathe of territories (including ambient, breakcore, experimental, industrial, orchestral, pop and techno)... CD & DIGITAL AVAILABLE NOW (with previews) - CD includes full download/stream of digital edition too!

BAD009 is Lastboss' "Sound Team Presents..." - two short, sweet, excellently junglist-breakcore-glitch tracks that leave the listener begging for more... The first dedicated Bad Sekta release from this incredible artist in a decade(!), which we're very happy to offer for free/donation download via Bandcamp.

BADmpfree018a is a remastered (thanks to Richy at Binary Feedback) edition of F-lithium's seven-track EP, "Ether Way You Lose". Originally released in 2011, this marks the first official release of The Abominable Mr Tinkler's alter-ego, F-lithium; an altogether darker and more atmospheric affair than his usual work... Available via Bandcamp.

Other News from Our Bunker

Bad Sekta is now seventeen years old! THANK YOU for your continued support! Check our Bandcamp page for all our available releases plus new merchandise (stickers, t-shirts, art prints)...

Taken from his “Eviction Scheme” album, Lastboss - “Extra-Sensory Deception” gets a brain-mangling visual interpretation via the complicated auspices of Ruq Phoo’s custom-trained collaborative AI model. Watch the video via our YouTube channel.

We're rather proud to announce that the majority of Bad Sekta's releases (physical and digital formats) are in the process of being added to the British Library's Sound & Moving Image collection, at the request of a highly tasteful curator... With plans also in place for the inclusion of all future Bad Sekta releases, our collective work should remain publicly accessible through this venerable library for many years to come! Once catalogued, our releases will be retrievable via the SAMI portal.

The fantabulous Rupture zine recently published its now traditional annual Temporary Autonomous Art special, which - among a slew of other art and text - includes fiction by Dan Hekate, as well as a transmission and a subvert by Will Phuq. Read/download this issue of Rupture (and many more) via their website.

Check out the newest video from Dan Hekate's excellent group, Brace Brace; entitled "Swallows", it's a real doozy of an apocalyptic vision and is available to stream via YouTube.

Somehow we missed the wonderful fzv self-releasing a new noise/ambient track back in April of this year... "dronex134_run1" is available via Richard's Bandcamp page and is well worth the (free) download...

Those wonderful folks at Dissident Island Radio recently featured an excellently grimy, junglistic breakcore set from Lastboss on their show, with more to come soon from Phuq and other Bad Sekta artistes... Visit Dissident Island for the stream.

Hard-working Lastboss was also recently interviewed in-depth by a Chinese Vogue Magazine spin-off, covering topics such as breakcore (of course!)... The full interview (English version) will be added to our website soon. For older UK heads, the magazine also includes an uncredited photo of Tate performing at No Fixed Abode at the Lord Napier in London, in 2007 (taken by Phuq)!

Releases via our Elfkore subsidiary

Click links for downloads/more information via our Bandcamp page:

:) All our social media is dead/orphaned...BESIDES Twitter, which is seldom checked. Email and this site are the way to paradise, most assuredly!

REMEMBER: We're just another bunch of rANdoM ArTiStS - of No Fixed Abode - reminding self-facilitating media nodes to Enjoy Kaos. KEEP IT LOCKED to the Ill FM and Pitchless Radio archives (thoroughly riddled to the maximum with Bad Sekta cruft) - they/we might just come out of retirement too; hope springs eternal - that's the Crux of the mutha'funkin' matter...bit of a Headfuk, but Praxis makes perfect, and we do Love Love and Hekate. Think we're getting some Binary Feedback here too...

It's all about the roots, so share the seeds! Please prod us via email to add anyone left unmentioned here (memory is an interesting topic).

Pay what you can else pay it forward! - Remember our fallen! - Make things happen! - Follow a path with art and heart! - We are always welcome here!

TRIVIA/random shards of precious BAD SEKTA journey/subjective memory, gleaned and shared: Epsilon and Maladroit came all the way from Australia and ended up in Phuq's house talking Gurdjieff; watching TReen perform electro lushness with their lovely daughters; Adam Ill going "erm"; Andrew Whelan involving us in his paper "Free music and trash culture: The reconfiguration of musical value online"; Ely Muff discussing a history of dance music on Russian TV; childish behaviour; <3 <3 <3 Narinda, P. and Dom <3 <3 <3; raves helping support the Brufut Education Project (and many other good causes); Phuq and Oddscene temporarily permeated a boat through the Islington Tunnel (unfortunately being conned in return); Ronin's band Killdren went all Daily Mail for Glastonbury in 2019; discovering dodgy websites selling pirated Hue Jah Fink? and other Bad Sekta artist ringtones; releasing everything we could on the 23rd or 13th; <3Rob d'Zero<3; a confusedly conflated email interview with Phuq leading to mild Essex/Suffolk-border rave hysteria; Kovert was once Dave Stitch's-mate's-housemate; Oddscene was exposed via "million-pound 3D projector" via Musion at Kinetica Art Fair London; <3John Peel<3's son Tom gave us support; our crew won various "laptop battles"; partying EVERY VENUE - land, sea and air; avoiding psy-trance while we HDFCK'd Xmas; The Abominable Mr Tinkler's shiny sofa (unsuitable for sleeping); people passed out inside Terra Horns; we've been curated, played and performed everywhere from Africa to Asia, to Russia, from the UK and Europe to Australia to North America; fifteen-year-old Phuq waltzing with Genesis P. Orridge inna actual church; the luxury of taunting police; Keith C8's sister turned out to live a few roads down from us in Colchester; meeting a young Sam Fez! while helping with Sick and Twisted's record stall in Colchester - now Love Love are played out by Aphex Twin; first gig in Knaebot's kitchen; meeting Rick X NOW; DJ Richard Hillman being wise on various sofas; that Fuk Xmas squat quiz in the morgue, eating off of the cadaver fridges; <3 J. and the Okelevueha Native American Church <3; Ryan Jordan's mate making amazing noises at TAA with chemical reactions and contact mikes; conversing with Dybbuk; kindred Dom snogging sexy ladies atop of the speakers; <3 Ellen James' kind bequest, launching the label; Phuq's back improving with the aid of Randomoidz; all Kovert interaction; a big hug from Jega; somebody bothering to write out the lyrics of each sample (and note their respective origins) from several Phuq tracks on a lyrical database website (why bother[:)saysus]?); MC Ishu sharing his time with The Slits and Johnny Rotten's wife; Chris and all the other Headfuk's; FZV convivially agreeing to Phuq walking along with him (his first squat party "alone" otherwise); the OTHER <3 Richard Herbert and his pleasant band; accidentally doing a whole wrap off a Hue Jah Fink? speaker; making Post-It note space invaders on Brantwood Road with Dave Stitch; <3 GOBBLES FINGAZ <3; randomly meeting Junglismonk in the flesh on a Distant Planet near Old Street; inadvertent racist exposure to Anxt! at breakfast; Dave and Janie's boat; visiting Freddy Frogs upstairs when Charlie was born; <3 Danny Crash teaching Satie to DJ; squatting Victorian London tunnels and pools; Old Street crew; the charity MUSIC DAY UK initiated by core crew such as RONIN; Blackmass Plastics and Scrubber Fox asked US out; we were scammed by a Belarussian Ambassador21 impersonator; the Lord Napier; Nicki and Glyn; Phuq (wearing Shizuo t-shirt) stole/molested Atari Teenage Riot's rider (alongside The Fez! and Dave Stitch) then felt guilty about eating their Chinese food when Alec Empire complimented his support set; <3 Ary, Satie and Muff <3; the Cheese Factory; actual fan mail from Norwich and the Czech Republic; <3 MESSY JESS <3; realising we lived above Shackleton and across the yard from The Dexorcist; regularly collaborating within a labyrinth of temporary autonomous zones and psychogeography; lines entangled in wires with a performing Dan Hekate; the beard from MIKE PITCHLESS, along with Mark Potent and SELINAAAAAAAAA; people in various toilets across the UK claiming to have founded Bad Sekta; Mindy and Spitting Vitriol; <3 Tamon and Yang <3; DJ Ultimate Kevin facilitating Oddscene and Phuq receiving Gary Numan's teddy bear love idol token; Lucy-Go-Dolphin-Rick-Randy; A certain friend plastering H.M.P. Manchester with Bad Sekta and TAA stickers while "inside"; Paul Smith Jeans fashion endorsing our wares; Z'ev proposing we do a record together; Jiminy; the Red Star in Camberwell; someone accusing Phuq of being undercover police outside an *illegal rave* he was performing at; walking past Austin Osman Spare's flat at least twice each day for ~seven years; FAMILY: actual LIVES were created, personalities rebuilt and relationships formed; MUCH FUN and LOVE was/IS had by all...

THANK YOU ALL for existing; we're deeply PROUD of you and your continued patience and wish you nothing but the BEST! Please, join us now for the remainder?